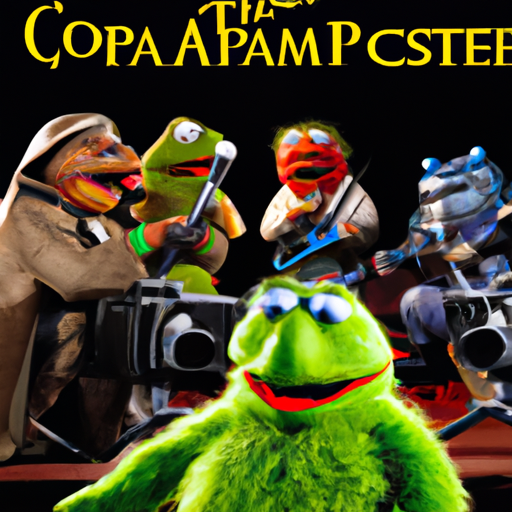 The Muppets Star Wars would feature classic characters from the Muppet universe such as Kermit, Miss Piggy, and Fozzie Bear, teaming up with fan-favorite characters from the Star Wars franchise, including Luke Skywalker, Princess Leia, and Han Solo. The story would likely follow a similar plot as the original Star Wars trilogy, but with a comical twist. The movie might include classic Muppet gags, such as Fozzie's bad jokes, as well as silly puns and inside jokes. Meanwhile, the characters' recognizable personalities would create an interesting dynamic between good and evil, as the evil forces of the Empire clash with the fuzzy and lovable rebels. Scenes could be filled with memorable songs from both franchises, with the Muppets lending their classic singing style to iconic Star Wars tunes. Visuals could include puppets dressed up as Stormtroopers or lightbulbs used to create a galaxy far, far away. The Muppets Star Wars could be a fun, lighthearted take on the epic franchise and show us the importance of friendship and unity in a galaxy of chaos.