So Mike Birbiglia is a pretty great stand up comedian. Here he is, looking like a pawkward guy that discovered make up a few years ago.

Mike Birbiglia was born on June 20, 1978, in Shrewsbury, Massachusetts. He went to Georgetown University and performed with the prestigious Georgetown Players Improv Association which boasts having Nick Kroll, John Mulaney, and Alison Becker as alumni. Mike Birbiglia graduated in 2000 and married his wife Jen Stein in 2007. During that time, Mike Birbiglia had worked to become one of the best Italian short Jews in the business.

I think this is a great introduction to Mike Birbiglia and his comedy. He is a great story teller and tells honest stories about himself. Here, he tells the story of his worst time performing ever.

These are probably the bits he is best remembered for. He has REM Sleep Disorder and sleepwalks a lot.

He also has had cancer, and he's a hypochondriac.

Here he is a bit more recently, in 2013 on Conan just giving it to Harvard. There was a bit of controversy over how Conan and Harvard felt after his final message. Overall, he still has it.

Coming from an improv troupe, Mike Birbiglia is also a fairly good comedic actor. Here he is in a skit from Comedy Central's "Inside Amy Schumer" in 2014.

Mike Birbiglia is without a doubt, one of the best comedians of this (or last?) generation. He has over 115 Thousand Fans on Facebook and is just a great performer.

I would check out some of his movies coming out this year, get one of his albums, read his book, at least check out his Secret Public Journal, and if you're in Westmapton Beach, New York on July 5th, 2015 come see him perform at The Westhampton Beach Performing Arts Center. 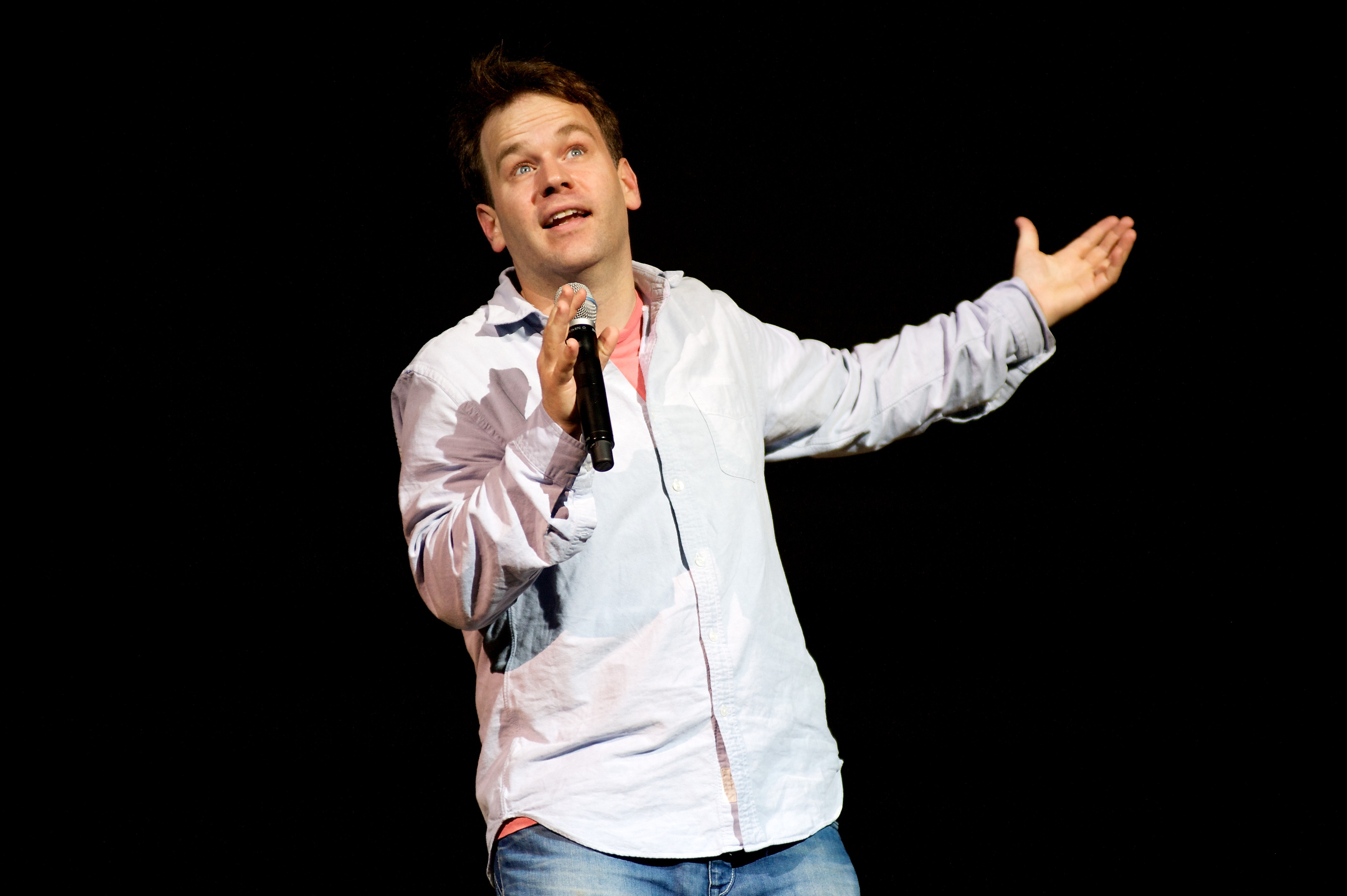 The bounty for this page is $15