The nine victims of the Charleston, South Carolina, church shooting were remembered Thursday as "kind-hearted" members of the community - six women and three men who shared a love of family and faith. They had gathered Wednesday night - as they did each week - at the Emanuel African Methodist Episcopal Church for a Bible study session. About an hour later, a 21-year-old gunman opened fire in a fit of rage, police said.

Pope Francis in his much-awaited encyclical on the environment offered a broad and uncompromising indictment of the global market economy, accusing it of plundering the Earth at the expense of the poor and of future generations. In passionate language, the pontiff attributed global warming to human activity, blamed special interests for holding back policy responses and said the global North owes the South "an ecological debt." 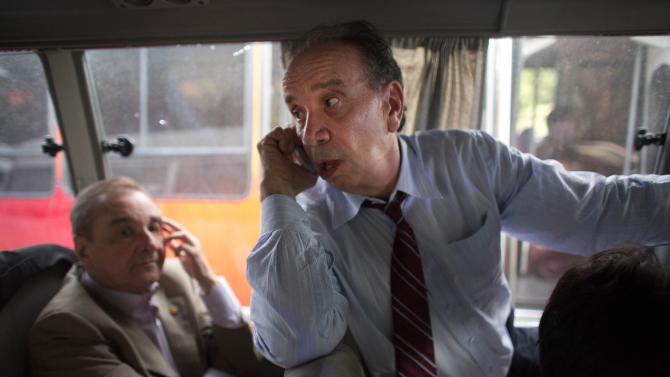 A group of eight Brazilian senators on a visit to Venezuela to meet a jailed opposition leader say they had to flee after their bus was attacked. The Brazilian opposition politicians were trying to meet Leopoldo Lopez, who is in jail accused of inciting violence during protests. The group said the bus was stoned as it traveled from Caracas airport.

North Korea faces further food shortages as production in the country's main growing region is expected to be cut in half, the United Nations food agency said. UN representatives visited the country's breadbasket in North Hwanghae and South Hwanghae provinces on 10 June and found that potato, wheat and barley harvests were at risk of being cut by up to 50% in drought-hit areas.

Concept Art From Some Of E3's Biggest Games

The reveal of big games is sometimes accompanied by the release of some of their concept art, and this E3 has proven to be no different. Inside you’ll find concept and promotional images for games like Horizon: Zero Dawn, Deus Ex: Mankind Divided, Dishonored 2 and Fallout 4.

Jake Hurwitz is acting a tad bitchly in this Jake and Amir episode. Amir Blumenfeld is a brownie. Unable to reach an agreement on how many cases of cookies Jake would buy from Amir, the duo are up to their usual antics.