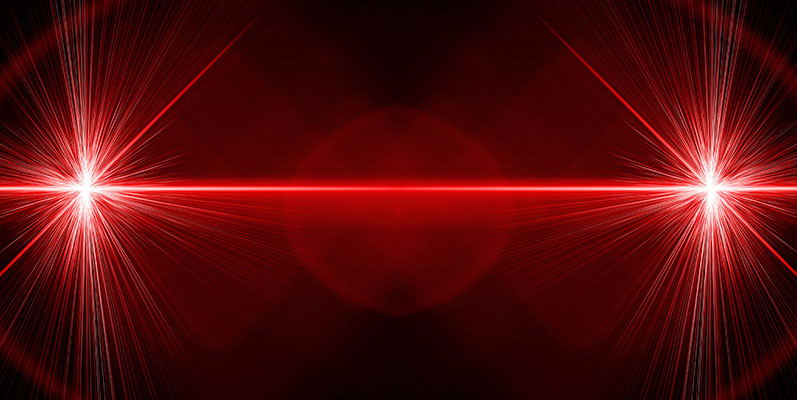 According to the No-Cloning theorem, a perfect identical copy of the particle (Quantum) cannot be created without knowing every possible detail about the particle, which is technically not possible keeping Heisenberg's Uncertainty Theorem into consideration. In order to illustrate we will consider two different particles present in two different quantum states. Suppose, an electron is in the Hilbert Space = H1 and quantum state lΨ>1 and the other particle i.e. the material to be cloned is any arbitrary unknown state lφ>2 existing in Hilbert Space = H2 where, H1=H2. We use the Unitary Operation to undergo the copying process. Therefore, the copying process can be expressed as:

Considering another state of particle lØ> and applying the same copying procedure,

Scalar Product of equation 1 and 2 yields:

Therefore, this equation has two admissible solutions i.e. 1 and 0 which means either both the quantum states represent the same state or they are perpendicular to each other which prove that a general cloning device is impossible. This states the No- Cloning Theorem.

Keeping this perspective aside, and if we consider Non Unitary Operations and an electron as the particle to be cloned and a photon as the material over which the copying procedure takes place. After inserting both the particles present in different quantum states into the imaginary Cloning machine the resultant particles would be a completely new set of particles as due to non-unitary transformations the exactness of the electron would be lost in a higher amount and superposition of both particles may take place resulting into a new and different particle almost every time the experiment takes place (Ignoring the probabilities which coincide with the previous results). If change in quantum states could affect the fundamental particles then, there could be a probability to obtain particles in a mixed quantum state and discrepancy.

Basically, I am a physics student and an amateur astronomer. Writing explores your skills, and that's what I am trying to do.