Let Us Address the Underlying Problems of Kenya's Budget 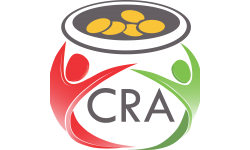 The Commission on Revenue Allocation presented the recommendation on the third basis for equitable sharing of revenue among county governments. The basis which was expected to be used for sharing of revenues for financial years 2019/20 to 2023/24. My Brother asked me to watch the Senate debate live on TV on Tuesday 4th August 2020 which I did and watched subsequent deliberations by Honorable Senators. The debate prompted me to study the Commission Recommendations which I found to have been excellent. Recommendations sought to address four primary objectives; to enhance service delivery, to promote balanced development, to incentivize counties to optimize capacity to raise revenue and to incentivize prudent use of public resources. The objectives actualized through a framework that link sharing to devolved functions using three components identified as service delivery, balanced development and incentive, are well intended.

I was privileged to make extensive tour of Turkana County in February 2020. Turkana West; Kakuma, Lopur, Letea and Songot, Turkana central; Lodwar, and Kalokol. Loima,Lokiriama, and Loren Gippi during a rainy season. While Lodwar township has had tremendous development with credit to County Government, the resources required to develop other areas would be enormous. I would have been delighted if the Governor Hon. Josphat Nanok took the Honorable members for a tour of County during a rainy season and stay without electricity, Internet and Telephone network for two weeks. However, the County also host a heaven of Lake Turkana Lodges. Several Honorable Senators suggested citizen exchange which is an impossibility. I wondered if the Commissioners had a chance to visit some remote parts of this country by road during rain season and stay for at least a week. The process of translating the division of revenue bill into division of revenue Act is well understood but "equitable shares'' remain vague in the Constitution of a country which has had long marginalized areas since country's independence. Interpretation of Article 203 [1] and 202 in Vertical and horizontal sharing. County allocation of revenue bill Article 218 [1] [b] which facilitate the allocation of revenue in Kenya is well articulated as determined in accordance with Article 217 [the revenue sharing formula]!.

On studying the formula, I missed on the formula for allocation of 85% to national Government "Elephant" Budget but found out it was a matter of constitution. Just like in session no.10 of 1965, it would appear that full devolution has not been the intension of the country. Land area 8%, roads 4%, and poverty 14% were allocated meager percentages. While the Commissioners stressed internal Auditing, they missed Monitoring and Evaluation which would have been key to success in completion of government projects. Rather than learning from other developed and developing countries, they needed to learn randomly from poor Kenyans in Turkana, West Pokot, Marsabit, Wajir, Mandera, Lamu, Tana River, Kilifi, Lamu, Kwale, Samburu, Tharaka Nithi, Isiolo, Kajiado and and Kitui just to name a few counties. I have been to all of these beautiful places with nice people both in the air and on the ground.

Requirements of Article 216 (1) of the Constitution of Kenya may be the problem and this brings me to Constitutionalism and structure of Government I have supported all my life.

As a Participants of National Defense College Course One in 1997/8, we were privileged to tour Switzerland, China, South Korea, and Malaysia as our other course colleagues toured USA and Latin America. This was after our Kenya, Tanzania, Ethiopia and Uganda tour in regional visits.

As Participants of NDC, we were impressed by Switzerland, one of the richest countries in the world, the President of the Swiss Confederation, also known as the President of the Confederation or colloquially as the President of Switzerland, is the head of Switzerland 's seven-member Federal Council, the country's executive branch. Elected by the Federal Assembly for one year, Switzerland's direct democracy and federalist tradition are unique and the Swiss political system can often be hard to explain to a citizen of another country, for whom it seems unthinkable for a country not to be led by a president or prime minister. The legislature consists of the National Council (representing the people, with 200 deputies) and the Council of States (representing the cantons, with 46 deputies). Together these two bodies make up the Federal Assembly. The Swiss electorate has at least four opportunities each year to vote on national proposals. Parliament is re-elected every four years, and there are also cantonal referendum and elections.

Switzerland leadership is rotated among the seven Council chairpersons. They have only seven ministries. The President earn about USD 500,000 PA or Ksh 50M per year. He/She use own transport and buy fuel and maintain own vehicles unless on official duties designated by the state. Would any African State adopt such a system? This model would save enormous resources to any country. Any government minister caught with traffic offence is made to contribute to community service including sweeping city streets for designated period without exemption or discrimination.

Both Switzerland and Malaysia Leadership remain rotational. Poorest perceived State/ Region take preference as the invincible arm automatically develop the poor State/Region better when one of their own assent to leadership. We could start by making future Kenya Presidency unattractive by adopting the Switzerland model in future constitutional amendments. I consider it the best in the world in saving the vital national resources for development. Why would a family live on unlimited national resources at the expense of the poor citizens? The Presidency budget could educate all the poor in the country.

Kenyan legislators have been ranked the second-highest paid lawmakers in the world, beating their counterparts from the developed economies of US, Britain and Japan. As of 2020, the gross salary of an MP in Kenya is Ksh 1.59 million or USD 15,000 per month. This salary is inclusive of allowances and other benefits.

Apart from the salaries earned by these MPs, car grant is also given to them. This grant amounts to Ksh 5.88 million or USD 58,000 and is tax free.[when poor citizens pay all taxes!].

We urgently need an MP to sponsor a bill to curtail sitting members from deciding on their own salaries and allowances increase. The fact that they legislate, it conflicts with their interest to discuss their own salary and allowances increases. I have no courage to expound better than that. HE the President remain as citizens' hero for consistently denying them the approval of colossal increments.

United States of America's Twenty-Seventh Amendment, made it the rule that congressional legislation "varying" - decreasing or increasing - the level of legislators' pay may not take effect until an intervening election has occurred. Honorable members to decide on own pay and allowances was considered inappropriate and immoral.

The Twenty-seventh Amendment [1992] to the United States Constitution prohibits any law that increases or decreases the salary of members of Congress from taking effect until the start of the next set of terms of office for representatives. The amendment is the most recent to be adopted, but one of the first proposed. It was submitted by the 1st Congress to the states for ratification on September 25, 1789, along with eleven other proposed amendments. While ten of these twelve proposals were ratified. It took USA 203 years to pass this law affecting them. Any Kenya MP may sponsor a similar bill but may not live long enough to witness the ratification. Kenya Standing Orders have no provision for a Private bill. Like other public bills, Private Members' bills can be introduced in either House and must go through the same set stages. Let us as Kenyans lobby any patriotic MP to sponsor similar bill if at all there is any of them. At least we are lucky to have a Patriotic head of state. Now the Cabinet Secretaries are pushing for a "hefty sendoff" package as a number of them clearly demonstrate political ambitions. Kenyans wish His Excellency the President will not allow this financial impunity in the country. I only wish the future revised constitution would consider rotational Presidency rotated from what used to be Provinces starting with Leadership from the poorest and least developed areas and most developed last.

The Building Bridge Initiative [BBI], if accepted by Kenyans, may partly address the budget problem. However, this requires constitutional change which has no shortcuts. I wish luck to the process which is bound to fail if all views of Kenyans especially the Women, People with disability and Churches are not considered. 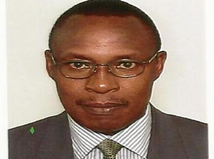