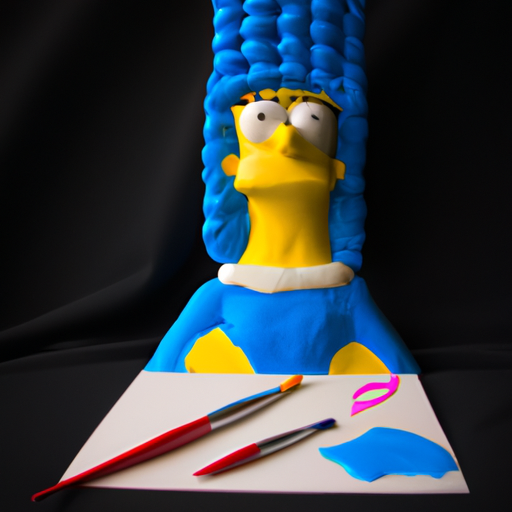 Question: Write me a story of Marge Simpson decided to go exposure in school

Marge Simpson was always a daydreamer. She loved her classes and was adept at understanding the lessons, but she often found her thoughts wandering to places outside of the classroom walls. This day was no different, as she found herself daydreaming during her math class. She had a sudden realization that she needed to take advantage of the opportunities that school offered. Marge decided that she would participate in an exposure task. She wasn't sure what that meant, but she was determined to find out. She went to her teacher and explained her idea. Her teacher was surprised and intrigued. She agreed to let Marge participate in an exposure task during the next class. Marge was nervous, but excited. She had no idea what she was going to do, but she knew she was going to learn something. When the time came, Marge nervously stood up in front of the class. Everyone was looking at her, and she felt her heart racing. But then something amazing happened. As Marge started to speak, the students began to listen. She talked about her dreams, her hopes, her life. She shared her stories, her struggles, and her successes. She spoke of her fears and her doubts. She even shared a few of her jokes that made everyone laugh. Marge talked for almost thirty minutes and the entire class was captivated. By the end, everyone was clapping. Her teacher told her that she had done an amazing job, and the other students were impressed. That day, Marge Simpson decided to go on an exposure task and it was the best decision she ever made. She learned so much about herself and her classmates by taking the risk. She also gained the confidence she needed to keep dreaming.

Story School Exposure Marge Simpson
This article was generated in part by GPT-3, OpenAI’s large-scale language-generation model, answering user 's question. Images were generated with OpenAI's AI model, DALL·E 2. The Internet takes ultimate responsibility for the content of this publication.
If you want your question answered by an AI, click here.