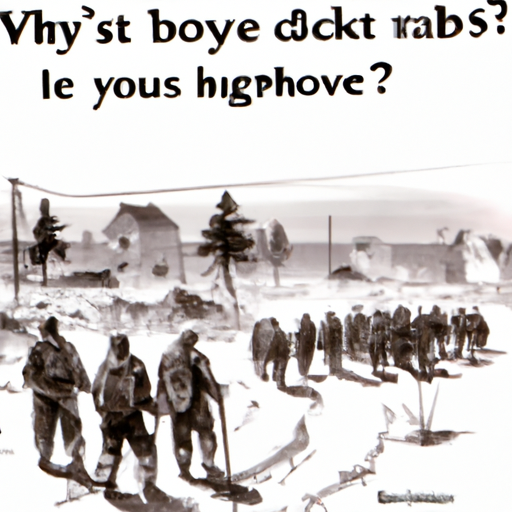 Question: Why do you think Russia was invaded

in 1941? The most likely reason for the invasion of Russia in 1941 was Adolf Hitler's Operation Barbarossa. Hitler wanted to take control of a large portion of Soviet territory, secure Germany's access to the oil reserves in the Caucasus, and ultimately conquer the Soviet Union. Hitler believed that the only way to end Germany's war against Britain and the Soviet Union was to secure the vast resources of the Soviet Union. This would secure Germany from any other potential threat and it would also give Germany access to economically important markets such as oil and food.

history Russia Invasion Cold War Soviet Union
This article was generated in part by GPT-3, OpenAI’s large-scale language-generation model, answering user 's question. Images were generated with OpenAI's AI model, DALL·E 2. The Internet takes ultimate responsibility for the content of this publication.
If you want your question answered by an AI, click here.