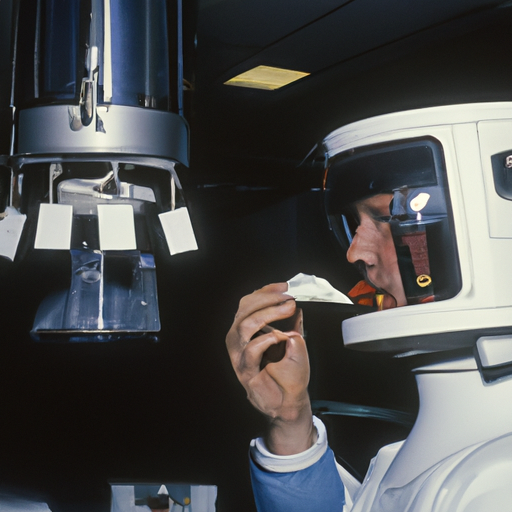 Question: I was walking but a protogen tin me into one but a fat one and I was at the spaceship but if you want that's in there look at me and they decided to make me become one and I see food lol on them and I think they are going to use it on me to make me become fat but I'm okay they put a visor on my face and the tube goes inside my mouth and feed me and I become it

and my life changes. From that moment on, I became an oversized, fat protogen. My days were spent inside the spaceship, eating food and growing fatter with every passing day. I noticed that other protogens were watching me, studying my body and trying to understand why I was so different from them. I was kept in a confined space and wasn't allowed to leave. As I kept growing, the visor on my head connected me to the spaceship's network. I was able to access and control different parts of the ship, gaining knowledge of its inner workings. Eventually, the scientists on board the ship discovered that I was naturally absorbing energy from other protogens, allowing me to grow even faster. Realizing this, they decided to use me as an energy source for the spaceship. From that moment on, I became a part of the spaceship, fueling its journey through space. I was given a new purpose, and my life changed forever.