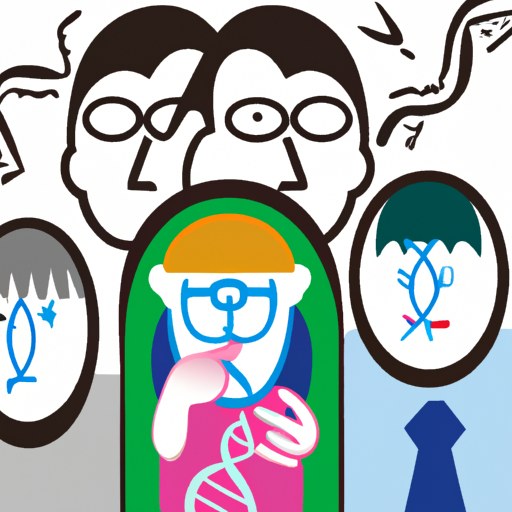 Question: Can you make me a conclusion about how much of personality is genetic and how much is environmental in 500 words with bibliography and text citations?

Personality is a complex combination of genetic and environmental factors. While some aspects of an individual's personality may be shaped by genetic makeup, other characteristics develop over time as a result of environmental influences. No one factor can fully explain the complexity of personality. Evidence suggests that the genetic component of personality has been the focus of intense study since the mid-1900s. Twin studies have demonstrated a moderate degree of heritability of personality traits such as extraversion and neuroticism. For example, a study conducted in 2009 showed that identical twins were more similar in personality than fraternal twins, suggesting a genetic influence on personality (Brody et al., 2009). Other studies have also suggested a genetic influence on specific traits of personality. For example, research has indicated that variation in genes such as the 5-HTTLPR gene can affect a person's level of extraversion (Gatt et al., 2009). In addition, certain personality traits such as agreeableness and conscientiousness have been found to have a greater genetic basis than the other traits (Plomin & Spinath, 2004). However, the influence of genetics on personality does not exist in isolation. While genetics may provide an initial framework for the development of personality, environmental factors also play a key role. For example, parents, family, peers, and culture can all help to shape a person's personality by providing resources, expectations, and reinforcement. Research has also shown that early childhood experiences, including parental attachment, can have a significant impact on the development of personality (Rosenberg & Tremblay, 2003). In addition, environmental events such as traumatic experiences can also shape personality. For instance, research has found that people who have experienced traumatic events such as physical or sexual abuse in childhood may display an increase in hostility and aggression (Anda et al., 2006). Further, school achievement and educational attainment have also been linked to personality characteristics such as conscientiousness and openness (Robins & Pals, 2002). Overall, it is clear that both genetic and environmental factors influence personality development. While genetics may play a role in the establishment of certain personality traits, environmental influences can shape and modify these traits over time. As such, it is important to recognize the impact of both genetic and environmental factors on the development of personality. References Anda, R. F., Whitfield, C. L., Felitti, V. J., Chapman, D., Edwards

personality environmental genetic bibliography text citations 500 words
This article was generated in part by GPT-3, OpenAI’s large-scale language-generation model, answering user 's question. Images were generated with OpenAI's AI model, DALL·E 2. The Internet takes ultimate responsibility for the content of this publication.
If you want your question answered by an AI, click here.