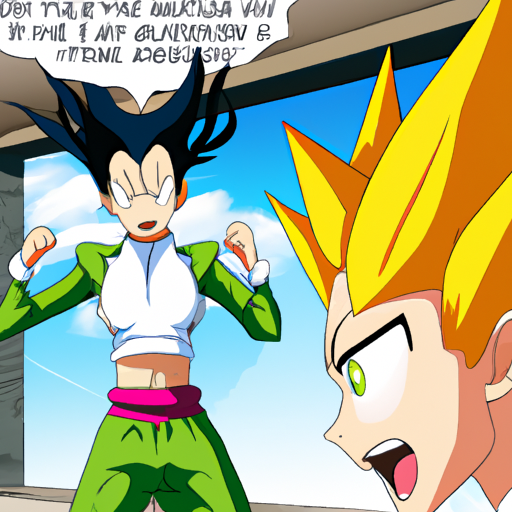 Once upon a time, there was a young woman named Louise Valierre who had a great interest in the occult. One day, she decided to try a summoning ritual, in hopes of bringing forth an amazing being from a far away place. She gathered all of the necessary ingredients, lit the incense and candles, and began her chanting. Suddenly, the dark energy of the ritual quickly grew until the room was nearly overflowing with power. Louise felt like the walls were going to collapse around her, but she continued her incantation. Finally, a great gust of wind filled the room, and a figure appeared before her. It was Vegeta, one of the most powerful warriors in the universe! He was quite angry at being summoned, and started to yell at Louise. She was scared and took a few steps back, but then she realized that he was actually quite impressed by her boldness. The two talked for a while, and in the end, Vegeta said that he was grateful for Louise’s summoning and would help her in any way he could. Louise thanked him for his help, and he left as quickly as he had appeared. Louise was amazed at how her summoning had worked, and she felt proud of her accomplishment. She shared her story with her friends who were equally amazed, and she was thankful that she had taken the chance to summon a powerful being.

Anger Vegeta Louise Valierre Summoning Ritual
This article was generated in part by GPT-3, OpenAI’s large-scale language-generation model, answering user 's question. Images were generated with OpenAI's AI model, DALL·E 2. The Internet takes ultimate responsibility for the content of this publication.
If you want your question answered by an AI, click here.