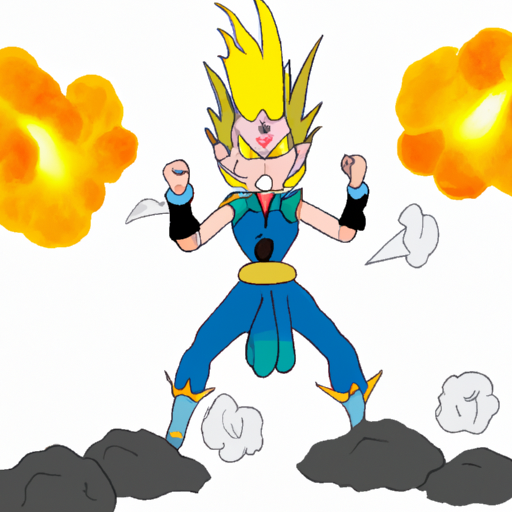 Louise Valierre had been studying the arcane arts ever since she was young. She had learned a great deal of knowledge, and had been looking to push the boundaries even further. With her extensive knowledge, she had come across the ability to create a summoning ritual which could summon powerful beings from other planes of existence. One day, she decided that she would try to summon the powerful Saiyan Prince, Vegeta. She felt that this would be an incredible challenge, and was excited to see what would happen. She spent days prepping and calculating the correct power scaling for the ritual, and then finally began the process. At first, nothing seemed to be happening, but then a burst of energy erupted from the summoning circle. Louise stepped back as a figure began to materialize. It was Vegeta himself, and he was not pleased. His anger was palpable, and he was radiating a powerful ki which would have been enough to take on any opponent. He roared in anger, demanding to know why he had been summoned. Louise explained that she had done so in order to challenge her knowledge and power, and Vegeta seemed to accept this explanation. He then told Louise that she had done a good job in calculating the power scaling correctly and allowed her to keep him in this world. From then on, Louise used Vegeta to help her in her own magical studies, pushing her proficiency even further while also staying out of trouble. While sometimes Vegeta would lament his summoning, he still showed admiration to Louise's growing power and knowledge.