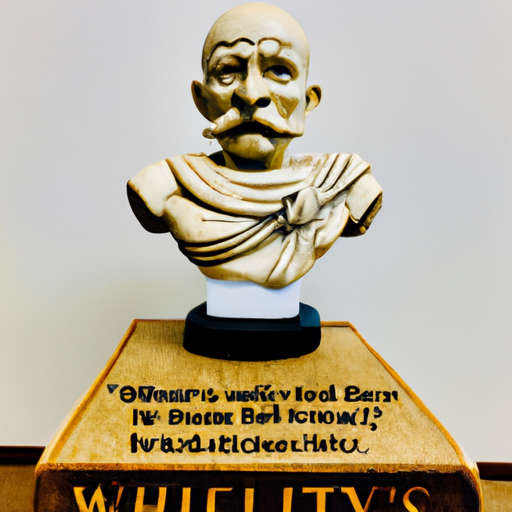 Question: Is Willy a tragic hero? Why or why not? Compare him to Aristotle’s rules.

No, Willy from Arthur Miller's play, 'Death of a Salesman' is not a tragic hero according to Aristotle's rules. A tragic hero must have a noble stature, be involved in some fateful struggle, bring on his own suffering, and recognize and accept his suffering at the end of his story. Willy does not express any sign of nobility. His family's opinion of him is generally negative. Furthermore, he does not seem to be in any fateful struggle from which he can grow and learn. Instead, his behavior is consistently reckless and his desperation leads him to ignore any advice or warnings given to him. Finally, he fails to accept his suffering; instead he continues to try to pursue unrealistic dreams. Therefore, he does not meet Aristotle's criteria for a tragic hero.

Rules Willy Tragic Hero Aristotle
This article was generated in part by GPT-3, OpenAI’s large-scale language-generation model, answering user 's question. Images were generated with OpenAI's AI model, DALL·E 2. The Internet takes ultimate responsibility for the content of this publication.
If you want your question answered by an AI, click here.