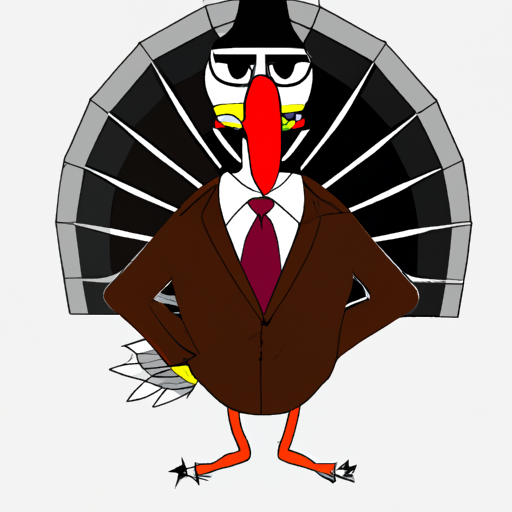 Question: How would look like Tukey if it was a Villain

Tukey, the villain, would be a creepy character. He would have an unkempt appearance and a hateful personality. He would be dressed in all black and carry a staff to wield his magic. His face would be pale and twisted with a sinister smirk. He would lurk around dark places and lurk in shadows, plotting his next move, while some mysterious music plays in the background. He would be the master of manipulation and deception, capable of putting people under his spell with just a few words. He would possess powerful magical abilities with which he can create powerful illusions and control the minds of his victims. His goal would be to gain absolute control over everyone and everything, using fear to spread his influence and power.

power villain Revenge Evil Tukey
This article was generated in part by GPT-3, OpenAI’s large-scale language-generation model, answering user 's question. Images were generated with OpenAI's AI model, DALL·E 2. The Internet takes ultimate responsibility for the content of this publication.
If you want your question answered by an AI, click here.