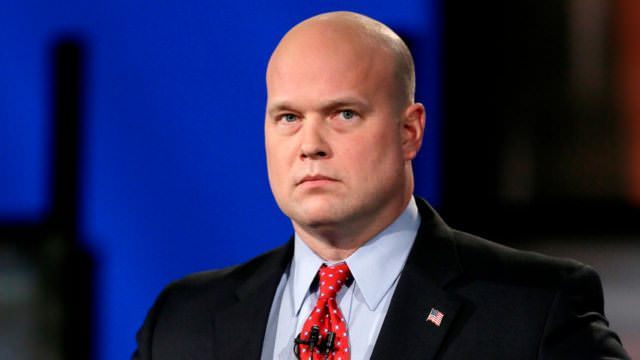 This appointment was the most blatant attempt to date by Trump to obstruct the Mueller investigation. Not only has Whitaker criticized the investigation and called for a limiting in its scope, his appointment all together was done in a way to bypass Senate oversight. From Article II, Section 2 of the Constitution, the President is able to appoint Officers of the United States (e.g. an Attorney General) "by and with the Advice and Consent of the Senate." If the Senate is not in session, though, the "President shall have Power to fill up all Vacancies that may happen during the Recess of the Senate, by granting Commissions which shall expire at the End of their next Session." The Senate is on recess until November 13th, 2018. Trump took advantage of this power the first day that he could without causing a PR nightmare before the midterm elections. The legitimacy of our government comes from a system of checks and balances, and cooperation between the branches to come to the most optimal path for our country; it does not come from one man waiting for the one week he can exert his power without restriction so he can prevent an FBI investigation from uncovering the truth.

This is Trump's Saturday Night Massacre, but done in true Trump fashion. With every person having access to a constant stream of news updates from countless sources, the public is drowning in information, and the Trump administration knows not to ever give them something solid to latch onto and pull themselves out. Trump will never order the Attorney General to fire Robert Mueller. Instead, he will appoint someone to Attorney General that will quietly defund the special investigation. The rule of law will not die in a massacre; it will die in a careful assassination.

Acting Attorney General, Matthew Whitaker: "I could see a scenario where Jeff Sessions is replaced with a recess appointment and that attorney general doesn't fire Bob Mueller, but he just reduces his budget to so low that his investigation grinds to almost a halt."