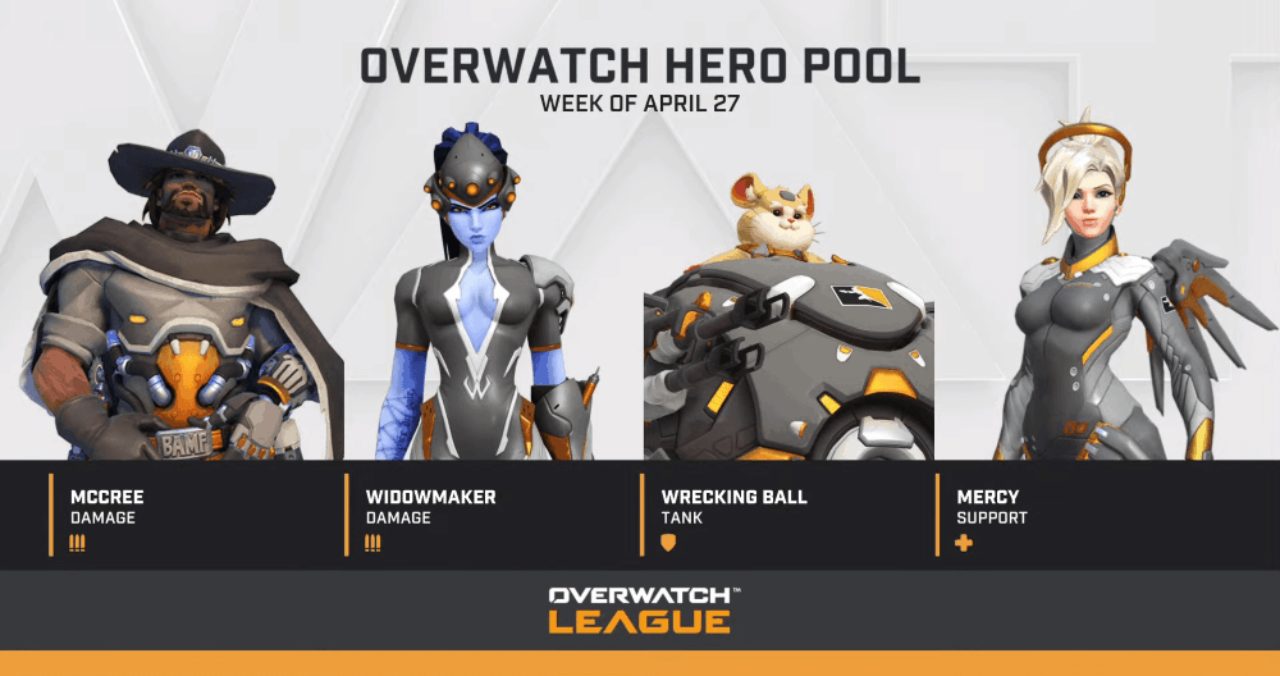 After a week of benching Echo, she is back in full force in OWL (the Overwatch League) and the Overwatch competitive ladder. McCree, thought to be her biggest counter, is out for the week, and so is Widowmaker, her secondary hitscan counter (for those of us that can actually click heads). On the other hand, Mercy, Echo's usual pocket healer due to her mobility, is also out. This hasn't stopped Echo from dominating the competitive ladder, though.

The Overwatch hero pool will ban McCree, Widowmaker, Wrecking Ball, and Mercy until May 4th, 2020.

Who will you be playing this week?